The board that has led AEFA during these four years was formed by: Mr. Fernando Feliu (president), Mr. Rafael Piñol (vice-president), Mr. Ernesto Santaballa (treasurer) and Mr. Francisco Soriano (secretary). 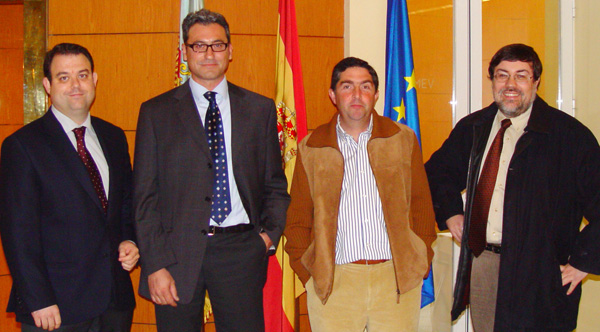 These top managers and committed professionals have continued to prove, this time from the board of directors, their excellent efficiency and their willingness to sacrifice towards the Association.

As leaders, they have skilfully managed the approval of all partners when making decisions. These decisions have been taken in regular meetings – about eight per year – where the different issues have been approved by a majority vote.

Both the “Conference on Agricultural Nutrition” and the memorable “10th Anniversary” of AEFA Association foundation were held under the auspices of this Board of Directors. These two events are an example of the big amount of results that were achieved through the hard work performed by this board.

We recall now a sentence of one of the members of this board of directors: “In AEFA every one is important, and we all together will succeed by making the voice of the group to be there where it must be”.

With Mr.Francisco Artal Such as president, Mr. Manuel Salguero Torres as vice-president, Mr. Alberto Morera Lleó as secretary, and Mr. Ricardo Villuendas Seguí as treasurer, AEFA continued walking along the path opened by the constitutional founding board in 1997.

In these early years, the association became a meeting point where its partners, which number was higher everyday, found the chance to deal with the different issues affecting to themselves.

It was in that time when the foundations that made AEFA to become a leader in good work of all our Association’s partner companies were laid.

This template supports the sidebar's widgets. Add one or use Full Width layout.