Board of Directors of AEFA 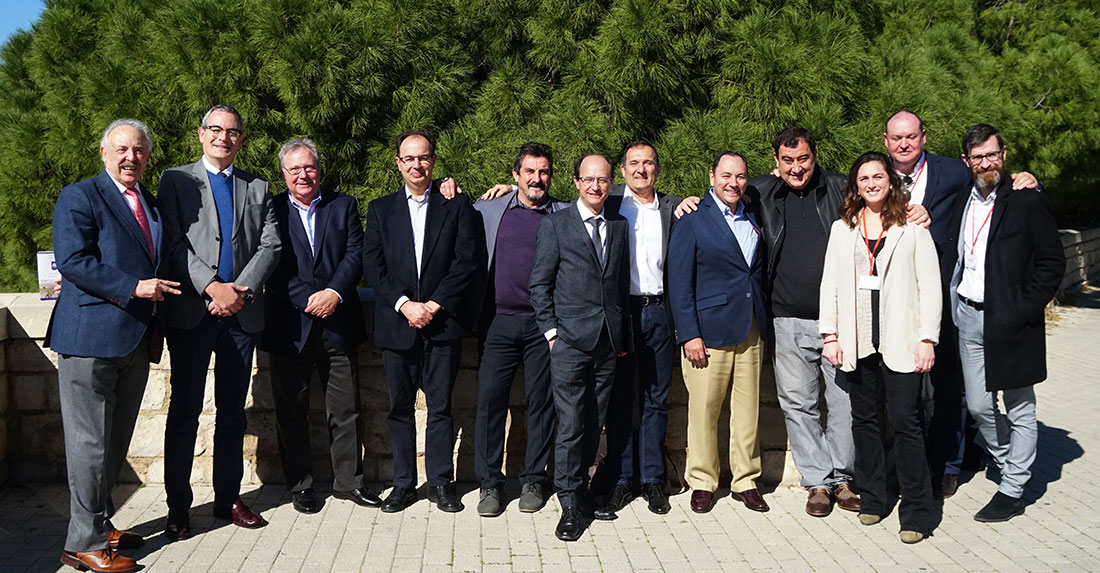 At the end of 2012, Francisco Ponce Carrasco was named President of Honour of AEFA (Spanish Association of Agronutrient Manufacturers) after a great history playing different roles and functions within this association.

He was one of the founding members and a pioneer with the idea of associating. He also acted as the president during the constitutional and creational period of the association. Later on, he had a great ten year activity as the General Director of one of the member companies and, after that, he took over the Communication and Press Department of AEFA for another long period.

Nowadays, he is a professor at the International Science, Technology, Education and Humanities Academy (AICTEH) and works as a writer as well as a press and magazine columnist, without losing touch with his range at the AEFA. He professes a special affection to this association and receives a reciprocal feeling from its associates.

Department of Communications of AEFA

One of the priority objectives of AEFA has been and will continue to be, to provide it with the highest level of professionalism. Its manager is Camino García Martínez de Morentin: Director of institutional relations and communication. Agricultural Engineer, graduated from the Higher Technical School of Agricultural Engineers of the Polytechnic University of Madrid, during the last nine years she has developed work as a consulting engineer, performing various technical assistance both for the Ministry and for the different autonomous communities.

Among the different functions of the department, are those oriented towards the promotion, communication, providing a greater presence and value of AEFA as a reference association in the agronutrients, agricultural biostimulants and soil microorganisms sector, with more than 50 associated companies in the present time and a turnover during the year of 2017 exceeding 645 million Euros.

In support of her work, she has Francisco Artal Huerta, who holds the position of CEO of Abonos Artal, associated company and co-founder of AEFA. Francisco Artal, making his business activities compatible, collaborates with the functions of this department, aware of the growing importance that communication has in the daily life of the Association.

The Communication Department of AEFA works actively in different areas such as the organization of conferences, attendance at both national and international fairs, coordination and development of technical information, as well as creating relevant content for the news media (magazines, newspapers and online platforms) professional in the field of fertilizers, agricultural biostimulants and soil microorganisms.

This department has the logistical and executive support of Condelmed S.L., a company specialized in marketing and communication.

AEFA (Spanish Agricultural nutrients Manufacturers Association) has been advised by the law firm of the lawyer Pedro Nacher from the first steps of its incorporation until the later handling of all its pronouncements. The also lawyer Gonzalo Pérez is the person in charge of attending all the meetings and he is the contact person for any kind of issue which may raise.

The AEFA is really grateful to both for their interest and professionalism.